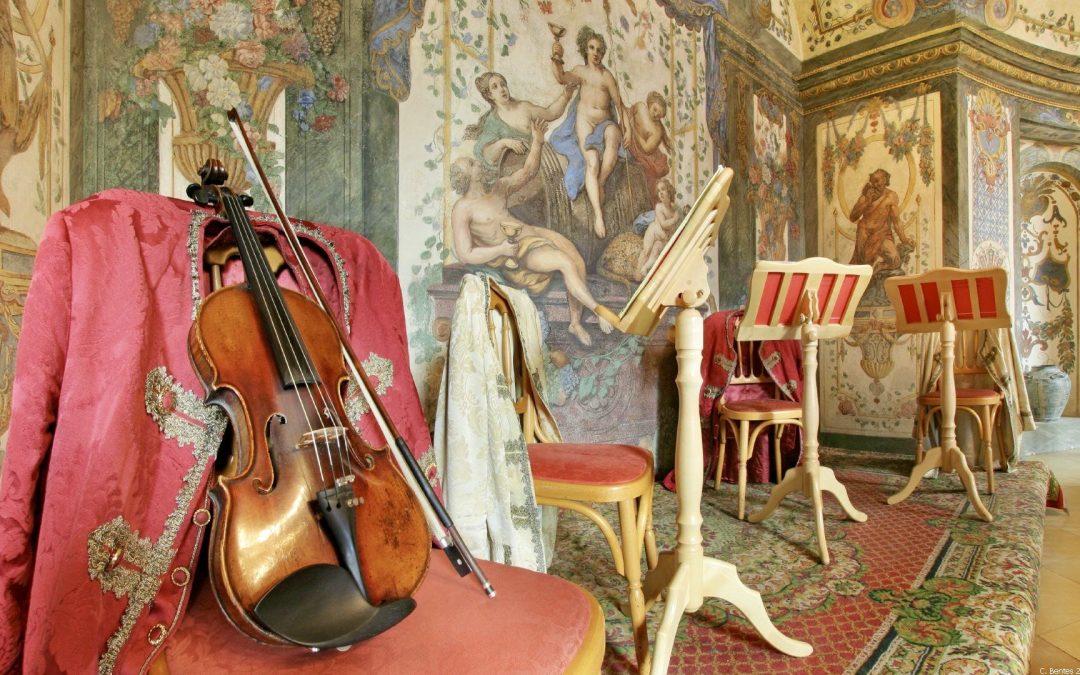 Vienna is known for its many wonders, from its stunning Gothic architecture and great artwork to its historical churches and fascinating political history. The country of Austria is also the birthplace of Mozart, and no trip would be complete without a Vienna Mozart tour of the sites the famed composer found so compelling.

Creating a walking tour of Vienna with an eye to retracing the footsteps of Mozart is a great way to spend time in this stunning European capital. Whether you are travelling to Vienna for business or pleasure, here are some key attractions you simply must visit.

The music is not in the notes, but in the silence between. 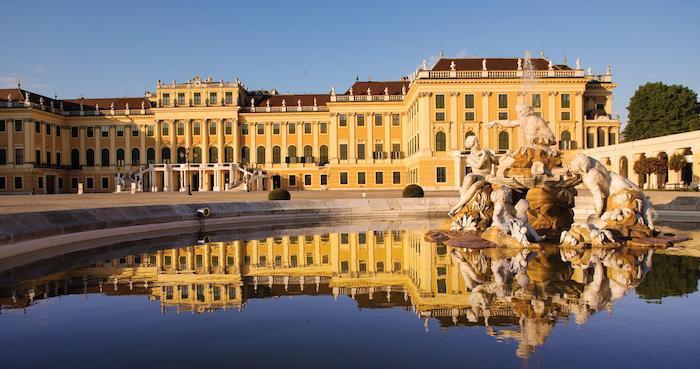 The former summer residence of the Habsburgs impresses with imperial ceremonial rooms and magnificent gardens. Mozart made music in the mirrored hall of Schönbrunn Palace as a six year-old prodigy.

You can start your Vienna Mozart tour at the famed Schönbrunn Palace (Schoenbrunn Palace), home to the first concert the future classical legend ever presented. That first concert was all the more remarkable when you consider that Mozart was only six years old at the time.

When you walk through the doors of the Schoenbrunn Palace, you can envision the young Mozart nervously taking the stage and taking the music lovers of Vienna by storm. Even without the classical connection, this palace is a place of wonder. The famed hall of mirrors is an architectural wonder, and one of the most popular attractions in all of Vienna.

Viktor Tilgner’s marble Mozart monument shows the musical genius himself as well as two reliefs: at the front the Stone Guest from the opera “Don Giovanni”, at the back the six year-old composer at the piano, his father with a violin and his sister Nannerl. Image source: © commons.wikimedia.org

While some say the greatness of Mozart was overlooked by his contemporaries, the city of Vienna certainly did not want to forget its favorite son. The beautiful Mozart Monument serves as a fitting tribute to this man of music, and it has been standing inside the ground of the Hofburg Palace since 1896.

You can spot this iconic statue at a distance even when the grounds of the Hofburg Palace are crowded. That is because the statue is surrounded by beds of colourful flowers. A fitting tribute to the man who brought so much beauty to the people of Vienna and the rest of the world. 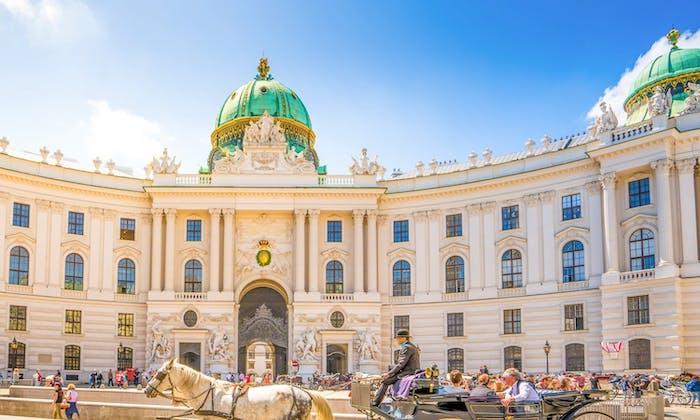 Vienna’s Imperial Palace is one of the biggest palace complexes in the world. The oldest parts date to the 13th century, with construction having continued right into the 20th century.

The Mozart Monument is not the only reason to visit the Hofburg Palace. Fans of Mozart will undoubtedly remember that the famed composer performed here at the age of 17, a time when he was at the top of his game and starting to be recognized for his musical genius. 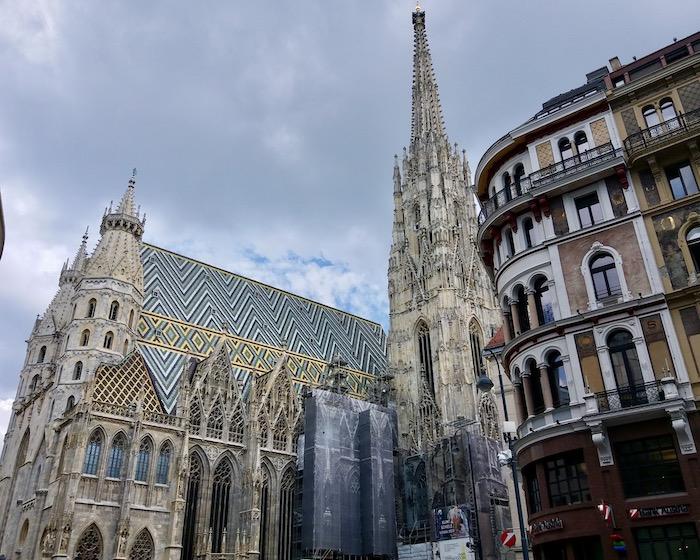 The symbol of Vienna and Austria’s most important Gothic building holds a series of artistic treasures, some of which can be viewed on a tour. A visit to St. Stephen’s Cathedral is a must for every visitor to Vienna.

The city of Vienna is well known for its beauty and architecture. The churches of Vienna are particularly attractive, and the Stephansdom may be the most spectacular of all. You will recognize this famous cathedral at once. Its delicate Gothic spires and mosaic-tiled roof is easy to spot for even the first time visitor.

The Stephandsdom is intimately intertwined with the life and work of Mozart, and it belongs on the list of sites for any classical music lover. This is where Mozart and his wife were married in 1782, and where his children were later baptized. On a sad note, Stephandsdom is also where Mozart came after his untimely death in 1791. The body of the famed composer was blessed here after his passing. 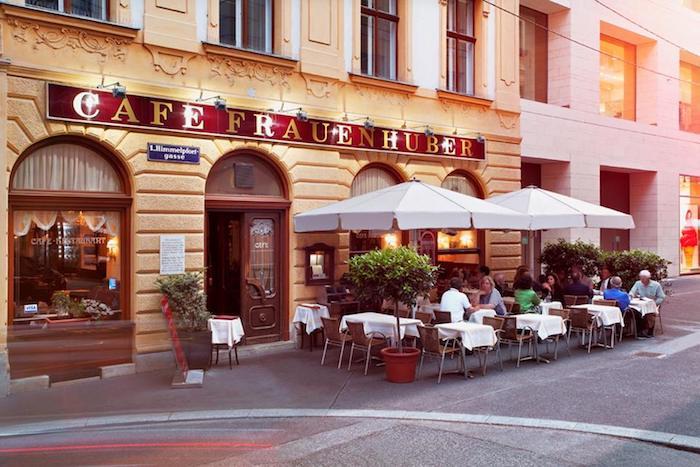 One of the oldest and most traditional coffee houses in Vienna, without a single affectation. And so cozy that everyone feels good there.

Mozart did not always perform in fine palaces. The iconic classical musician and composer was also fond of playing in local coffee shops, and visitors to Vienna can see one of these famous venues when they visit the Café Frauenhuber.

The Café Frauenhuber is not just tourist attraction. It is a working restaurant with some of the best food in Vienna. Try the authentic Schnitzel, sausage, kaiserschmarrn, or Serviettenknödel, and apple strudel for a meal that will provide plenty of energy for your Vienna experiences. 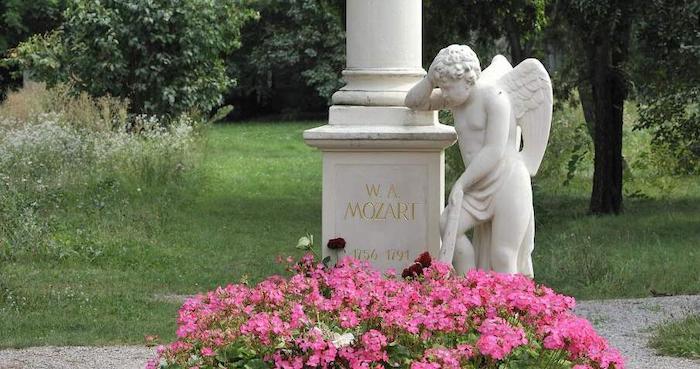 Wolfgang Amadeus Mozart died in 1791 and was buried in a pauper’s grave in the St. Marx Communal Cemetery.

The St. Marx Cemetery is a fitting place to end your Mozart tour of Vienna. It may be a somber end, but visiting this final resting place of Mozart is the perfect way to celebrate his life and legacy. Once you are done playing tribute to the musical genius, you can seek out a contemporary performance of his works and enjoy a night at one of Vienna’s concert halls.

The Perfect Way to Spend a Day in Vienna

No matter how great its wonders, the city of Vienna will always be known as the spot where Mozart played some of his most memorable concerts. Following in the footsteps of this musical genius is the perfect way to spend a day. ▣ 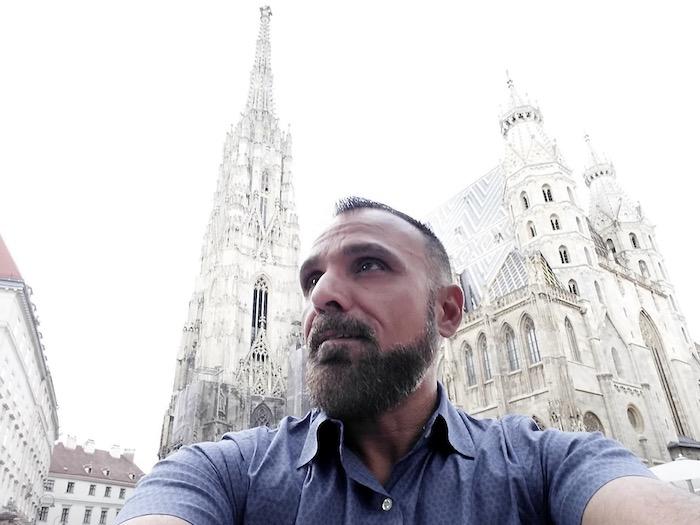 John Zeus, Travel Advisor at the Stephansplatz – the historical centre of Vienna, named after its most prominent building, St. Stephen’s Cathedral (the Stephansdom), one of the tallest churches in the world.

Total Advantage is a full service travel agency located in Toronto. We expertly manage and book your travel arrangements with the world’s top tour operators, airlines, hotels, railways and cruise lines. Contact us for all your travel needs.

Booking the right flight online can be pretty frustrating. Let us help you with that. We have access to some great fares and can find the perfect departures and connections worldwide. Get a trip quote 🔗